Valerie June arrived on stage looking like she had come down from Mendocino for the night, wearing a fringe jacket and glistening skirt, all topped by organic locs (dreadlocks) spun round her head. By the second song, her shoes were off. And somewhere around the middle of the show, the smell of weed drifted through Great American Music Hall. It could have been an after-party from Burning Man. 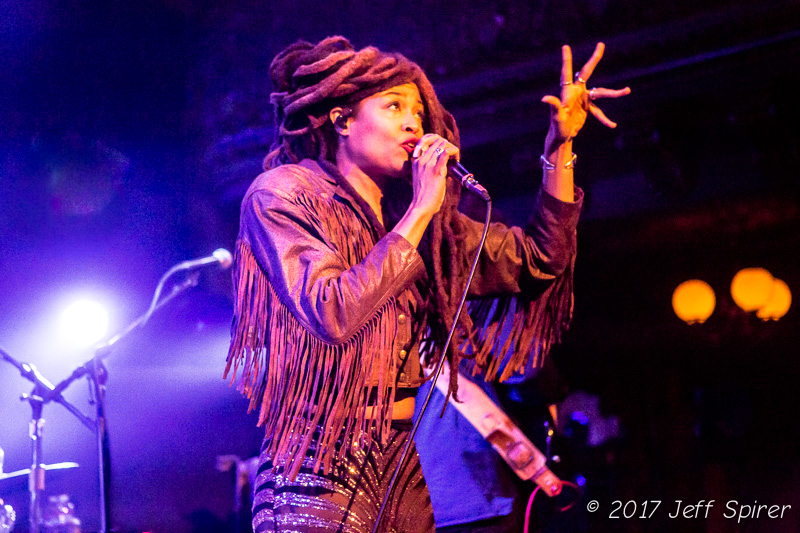 And when Valerie June sings, it’s as if a spell were cast over the audience. The unique quality of her voice captivates the audience. Nobody leaves early, even with a sold out show because the voice paralyzes. Nobody else sings with the clear, reedy, twangy voice that June has. Nobody else sounds a bit like Alfalfa (Little Rascals) learned to really sing, as one reviewer suggested.  Read more here.